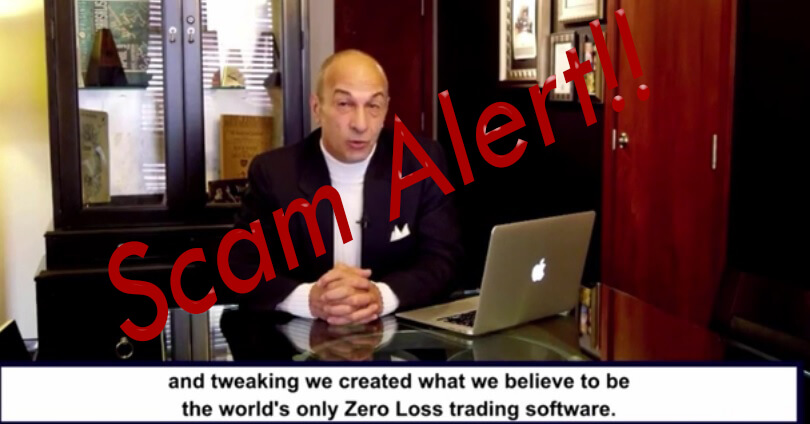 Zero Loss Formula Review: What is Inside?

When you visit their site www.zerolossformula.com, you are greeted by a video, as the video starts playing, a man is seen dropping out of a car and then entering into a private jet, after few moments he introduces himself as Peter Morgan, and claims to be the founder of Zero Loss Formula software.

He then goes on gives you a reality check how harsh a life of a common man is, he continues and lectures about the costly education system and debts people take to pursue their degrees, and then after completing the degree how poorly people are paid. In that video, he claims to give an opportunity of a lifetime which is going to change your life. Moving forward, as he continues, he then talks about his revolutionary product which is one of its kind, the Zero Loss Formula software, he claims that this is the only software in the world that can predict with 100 % accuracy.

As video continues, the alleged inventor tells that he had taken a group of 50 people back in 2012, and during that time period his software predicted with an accuracy of 90 %, but he wasn’t satisfied with it, and so after doing lots of modification and tweaks he and his team had created this new product which has 100 % accuracy.

As the 14-minute video continues, he then opens up his MacBook and gives an insight of his software, at the start, he shows how can a person deposit money using a credit card, he also adds that the minimum amount required is $ 250. After the amount gets successfully added to his account, he moves towards the setting UI, and tells that all the newbie should use the Auto trading  settings, and here’s where the fun begins, as he modifies the settings and moves to another page, the balances jumps from $ 250 to $ 8018, which sure looks impressive. So, Is Zero Loss Formula Scam? Read this review till end to know why Zero Loss Formula system is a scam.

Is Peter Morgan A Scammer?

This is a question which is bound to come in your mind, if you will do a bit of research, you will be shocked to know that the person appearing in the video is a complete con artist, and the reason why we are saying that, the person or the site doesn’t have any kind of social media accounts, and the video uploaded via YouTube is named as ” main 2″, now why would someone name it like this, astonishing right? Don’t worry we have solid proof to prove this statement true as well.

And guess what the so-called millionaire also happens to be the CEO of another company called Hedge Formula Group, but in that site he addresses himself as George Dalio. You can check website hedgeformula.co and confirm it by yourself. 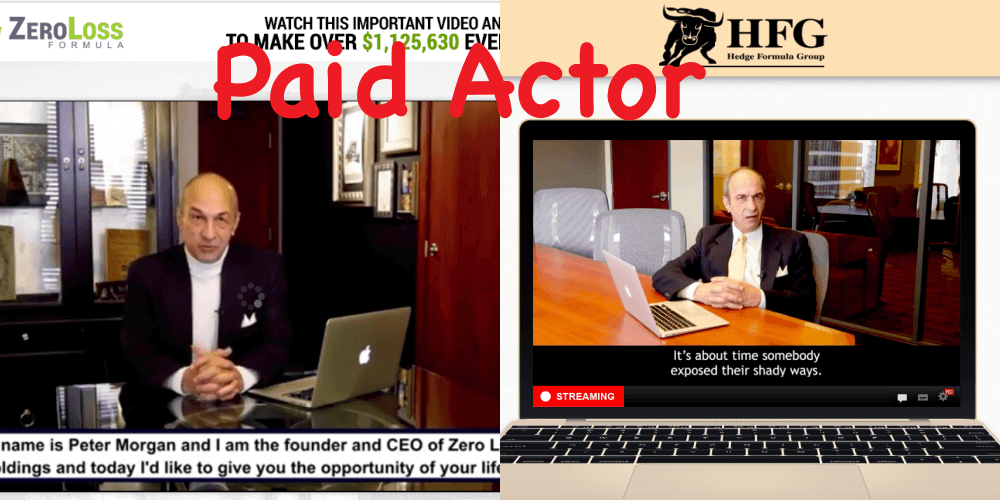 In the pitch video of Zero Loss Formula software, he states that all the 50 people who were a part of the 1st beta team are now millionaires, and all of them are earning thousands of dollar per day since 2012. Now, if you will check registration date of their domain, it’s registered on 2 July 2016. So, the question which arise in our mind is how their beta team members are using this system since 2012 if they have registered their domain 1 month back. 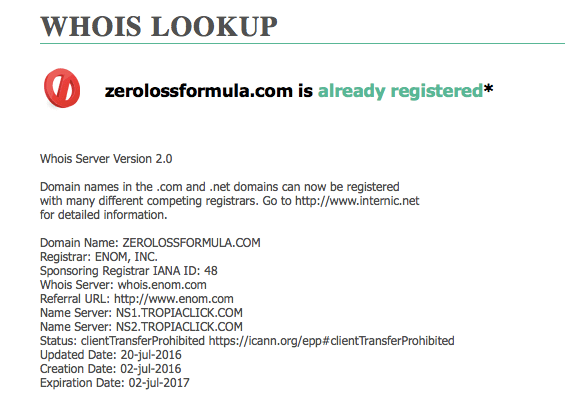 According to the alleged owner, this is the USP of the software, but you will be shocked to know there is no software, which can predict with 100 % accuracy, no matter how much money you spend and whatever tweaks you add, you won’t be able to make a software whose prediction can be 100 % accurate.

The highest percentage can be around 80-87 %, and moreover,in binary trading, there are only two options either you win or loose, and all that depends on your knowledge and experience.

In the video, the so called inventor introduces to some of its users, and all of them gives positive feedback, and also tells that how Zero Loss Formula software have changed their life financially. but here is the fun part all the persons appearing in the video are bunch of paid actors. Though, but what else you can expect from a system who are using a paid actor as CEO of their system.

Edit: They have used Fiverr actors to get fake testimonials for their system for just 5$. 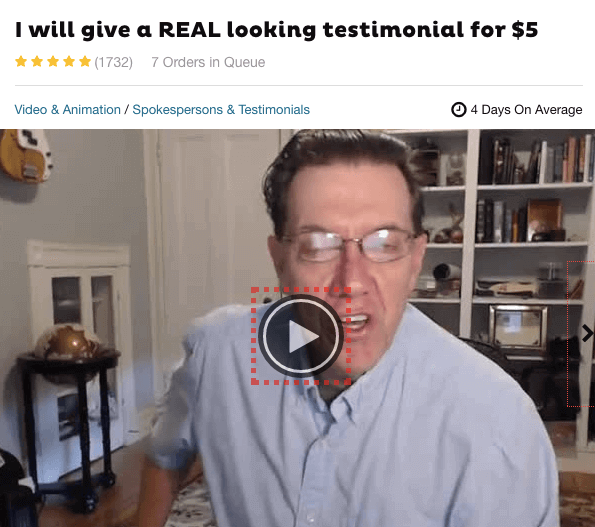 The unknown, but revolutionary software appearing in the video is also fake, and its pretty easy to find out, if you give more attention to the video, you will see that the UI and the menus are quite different and doesn’t match at all, at first the software is seen when Peter Morgan demonstrates it and later the software can be seen during the testimonial, and if you watch closely you will be able to figure it out.

Its fair enough to say that Zero Loss Formula is a scam. After visiting their website, other than the video there is no piece of information, the person appearing in the video and claiming to be the owner is  basically a con artist, and the person appearing in the videos are paid actors. Apart from that, their site also doesn’t provide some standard and basic information of several things.

There is enough evidence provided in this Zero Loss Formula review to prove that it is just another binary options scam system. So, always remember if you get any kind of emails or messages from such kind of sites please considering doing a bit of research because if you invest your money in such systems, then at the end of the day, it will be you whose pockets will be empty.