The Trader App is a recently released easy-to-use trading tool which is just another new scam released online. Its marketing has been done as an automated trading app with a unique algorithm but it whatever is shown in the video and the website indicates that this is nothing but a fake software.

Within its initial release, this software has generated some kind of interest among traders and if you are also interested in trading with this software then just go through this review about The Trading app and find out why I consider this a scam and not something recommendable.

The people behind this system seems to be experienced and the main problem is that it doesn’t make a grand entry as a hundred percent accurate software. Neither there is any kind of exaggerated claims about the money that could be generated.

This might put you in a dilemma whether or not to trust this software because at initial look the software might appear to be genuine but don’t be fooled by the way it has been portrayed because this is what the scammers exactly want you to feel and this is how tricky it becomes to find out at first place just by seeing the website.

Just go through the following points that will clear the doubts for more.

The promotional video of The Trading App is simple and straightforward but as usual, the presenter who is the alleged owner of the app starts with his life story and how he has been tricked by scammers into investing money into a number of software which proved to be a disaster.

To be honest this is a very stereotypical scam story and since there are no evidence to support all his claims he is undoubtedly trying out ways to convince new traders into believing him. Logically speaking what is the proof that his software will differ from the others? There isn’t any reliable proof for that. 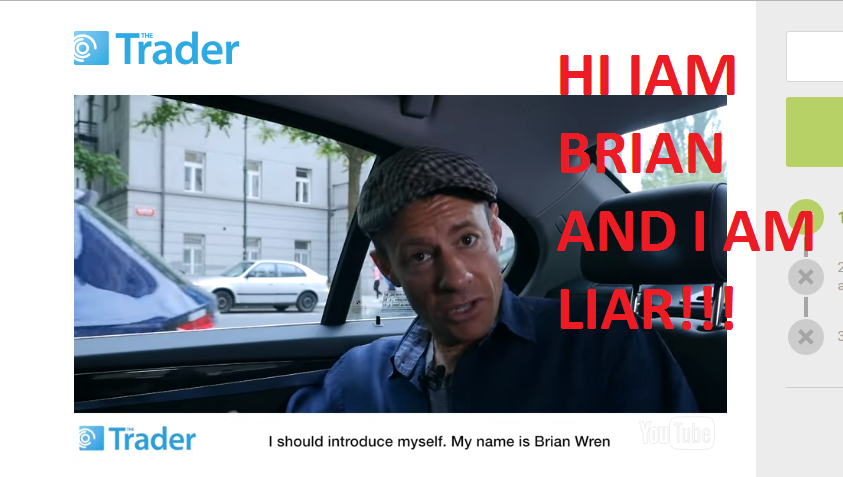 Who are Brian Wen and Howard Davis?

The most interesting part is who are these two individuals who claim to be experts in binary options trading? The answer cannot be found and when I made a search online there is no information about this two persons which proves that they are made up characters who are being paid to act in the video in exchange of some cash.

Moreover, Howard Davis has simply made it clear in the beginning of the review that he is being hired to review this software. Now where is the guarantee that after being hired with $15,000 by Brian Wen he will say something positive or negative about the software? 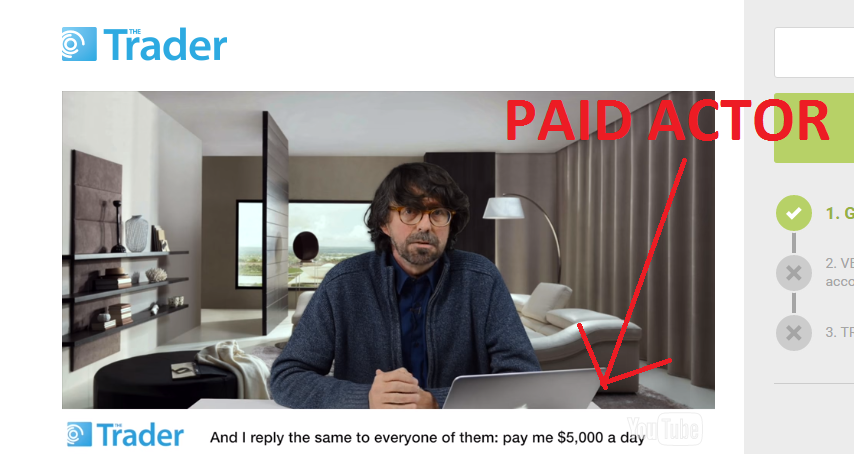 There are no doubt chances that he is lying and for that huge amount of money any actor can lie without any hesitation.

Algorithm behind the software

The software has been named as a revolutionary tool and it is supposed to change your life once you start trading with it although at a slow pace. But what actually did not come to terms with reality is that the software has been mentioned as having a combination of 32 algorithms which he tried and failed.

Although Brian is being too straightforward about his claim that the software will not be given for free. What strikes my mind is that he is actually trying to be too honest here and in this way he is trying to convince people that he is not a fraud.

Everybody knows that traders need to invest an amount of money in binary options trading and this doesn’t make any of the software free but surprisingly at the end,  Brian just claims that he will give the software for free.

This proves that he is just doubling the nonsense which he is already trying to promote.

The Testimonials cannot be Trusted!

The testimonials section has a lot to say about the authenticity of the software. The photos shown on the website are not authentic because they have been stolen and edited and the posts along with the photos have been fabricated. 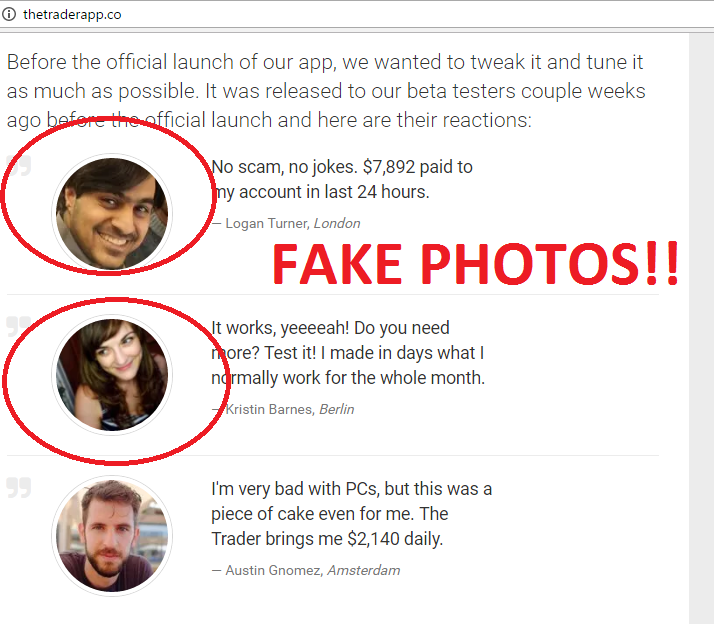 If you search these pictures online you will find that these are photos taken from stock photos and have nothing to do with the software or trading what so ever. Everything about this section is fabricated and this is enough to prove that they are trying to bluff people with these testimonials.

Just have a look at the photos and compare the faces of the people and find out for yourself. 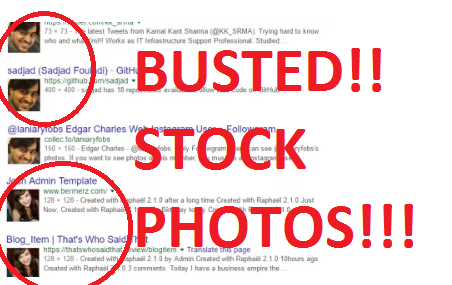 Are there any Endorsements for this software?

With all the evidence put forward about the authenticity of this system, there is no chance that I will recommend this software to you or anyone. This is just a perfect example of another good for nothing system which seems to be convincing at first but the thing is you cannot just trust this software because there is no evidence of its authenticity at any level.

Just run away from people who recommend you this software and ignore all the email and online invitations that ask you to join The Trader App. There is no guarantee to what kind of a vicious trap it can put you into. Just look for a far more professional and already established well-received software that will at least keep your investments in secured hands. You can join Code Fibo app, it’s working really well for us.