There are lots of trading software available over the web that guarantee you to earn the profit of $1000 just in an hour. To get money quickly, easily and instantly lots of people get attracted toward these types of automated systems or software. At last, what they get is the scam.

What is a Push Money App Software?

Push Money App is a binary options auto trader that trades winning signals on behalf of you. Unfortunately, we don’t have much information about how this software work as there is no genuine and verifiable information about this trading software. Even it is also not mentioned on the website or  in the pitch video that what kind of strategy is used by Push Money App to provide winning signals to traders. 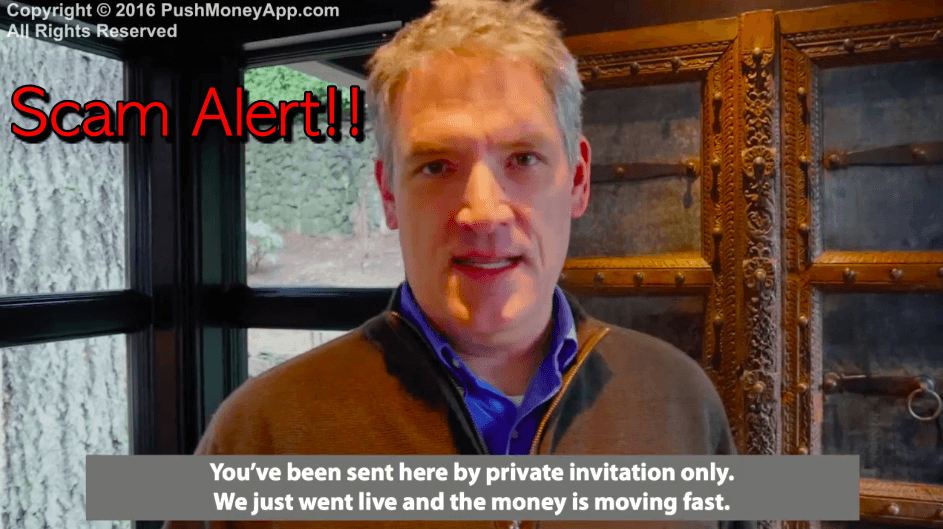 The software is developed and created by Mike Callhan and Dennis Moreland. In the whole video, they claims is best binary options trading software but he forgot to explain why it really works. They both argue that they have paid lots of money to the beta tester from different backgrounds. The Entire tester paid for this software doesn’t have any experience in trading or binary options.

Push Money App is very easy to use. To continue the registration, You just need to enter your name and email id. After that, in the VIP member are you will receive an instant bonus of $10000. To get this bonus, you need to select any associated broker with this trading app. After that, need to add funds (minimum $250) into the trading account of the associated broker to fully activate your trading account.

Note: Keep in mind that you receive the bonus of $10000 you need to deposit $10000 in your trading account from your money.

At this point, you read the little introduction of Push Money App and how it helps you to get you money. In the next part of review, you will know about, whether this automated system helps you earn money or just a scam like other systems or software

Is Push Money App a Scam?

We also come to know that all the information provided in the pitch video and on the website about the performance of this trading software is fake and not accurate.

While doing research about Push Money App we found some substantial evidence which confirms this app a SCAM.

Why Push Money App is a SCAM?

Dennis Moreland and Mike Callhan are the creator and owner of Push Money application. But after doing research about both of them, we found that both of them are fake and did not exist in a real life. There is no information about them in any magazine or not even on social media sites which raise a big red flag against this system.

In the pitch video of the Push Money app, beautiful women named as Margaret, who is also using this trading software. She swears to have $10,000 just in four hours. As the creator of the software, this woman is also fake and already provide these type of fake positive reviews for different trading software.

In the video, Dennis shows that he has around $12 million is his trading account confirms that he is a millionaire. A time comes when he show up a profit of $7,712.87 in trading account of the user who just joined push money app and earned this amount in few minutes.

We have already confirmed that owners of the Push Money app are fake and didn’t exist in real life which also means that Dennis has nothing in his account. On the other hand, we all know that in binary options, no one can earn this much amount just in few seconds by investing $250. So both the things are fake.

Girl on the Phone is Fake

In the demonstration video time comes, when Dennis and his wife driving the car and suddenly receive the call from the girl who just joined the push money app and hit a big profit. And she called Dennis just for saying thanks. Now at the time picture of that girl also appear on the screen. We have personally checked that picture on the internet and found that picture of the girl is picked from a social site, and that girl has a different name there. Also, she had not shared anything about this success on her wall.

Dennis mentioned that they paid all the beta tester with $250 into their trading account which is a cool thing. But when we started looking for these beta tester, we didn’t found a single information about them. Now this forced us to think that all of them are fake. 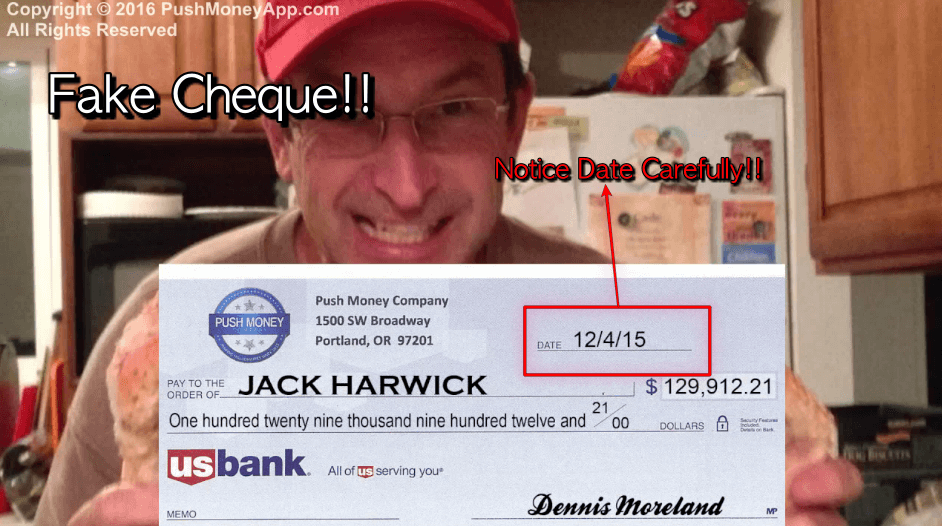 In the video, you will see a screenshot of Jack Harwick holding a check with date 12/04/2015. Now this is fake because when we checked the registration details of website domain, we found that domain was purchased in January 2016. If this is the case, then from where Jack Harwick earned this money?