Who would not want his income to be perpetual especially if it’s in the six or seven figures range? The Profits Perpetual System might have done just that and could have proven to be a once in a lifetime opportunity, only if it was something real! This system is nothing but a bunch of lies being delivered by a man named Frederic Morton from the comfort of his chair. Our ears could literally have started bleeding had the video continued for a bit longer. In this review, we would want you to spare yourself the torture of running the video (if not seen already) as we have already bore the brunt on your behalf. Read our full Profits Perpetual review and find out what the crooks promise to give you ‘perpetually’ and what you would actually get! 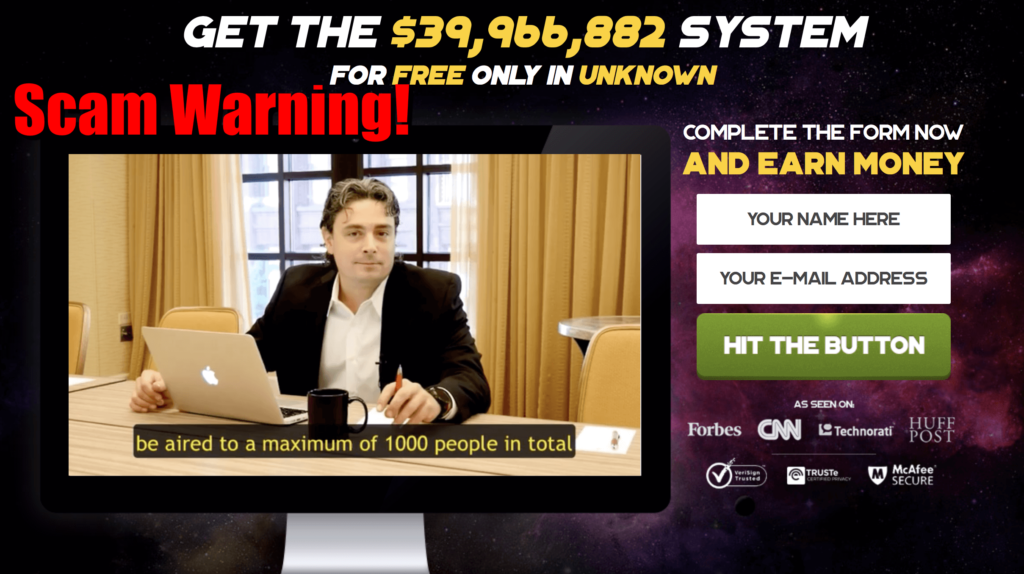 The Profits Perpetual System – A look into this deceitful system

Now that you have landed on our Profits Perpetual review page feel at home because we hope you already decided against signing up to the fraud system and are just seeking confirmation. Well, it was not difficult to see through the scammers’ trickery and anyone with a little intelligence could have easily caught the lies.

The Profits Perpetual System has been introduced by Mr. Morton who looks and behaves like someone who was an ex-playboy and not a teller in the Bank of America as he says he was. His system can allegedly make insane amounts of money so easily that ‘breaking the fingers is harder.’ Just take a look at the profits he tells the users are making. Someone makes $4,538 per day, and other one makes $11,326 using the same software. Talks of $79 million till date or $39,966,882 which Morton made in a year and still rues for falling short by $34,000 to have otherwise hit the $40 million income mark are just too much to digest.

Mr. Morton cautions at the very start of the video that the video would be aired for only 1,000 plays and would be ‘removed, destroyed and never be aired again.’ This is just a ‘different’ way to induce urgency and in a way indirectly state that less than 1,000 spots are available. What if someone replays the video over and over again? Even I would try to decimate the scammers given this statement itself is not a sham!

A glimpse into the life of Mr. Morton

Although, we know that the person playing the ‘role’ of Mr. Morton is an actor, still let us see what the story-line is.

Mr. Morton, who is now a multi-millionaire was struggling in life till 18 months back, he says. He was ‘broke, unhappy, desperate and frustrated.’ He could barely afford the rent of his one bedroom studio apartment and would stealthily use his neighbor’s Wi-Fi to save money on the internet connection. His life changed one day after an ‘attractive woman’ came to deposit a huge sum of cash she made through her hedge fund which traded in Binary Options. As per the bank’s regulations, he asked a few questions which gave him an insight into the source of that kind of income. One thing led to another, and Mr. Morton was suddenly earning $742,264 in six months on the job with the woman. The woman introduced him to the CEO of Evercore, and Mr. Morton flourished, even more, working for Evercore.

Mr. Morton started his own Binary Options Trading firm and was landing up to 4 dates with women when earlier no one even looked at her. LOL, we are just trying to make this boring description lively! The height of lies is reached when one statement which is ‘jewel in the liar’s crown’ is delivered. It’s that Morton lost “$34 million in a span of 17 hours” when the so-called banking crisis hit. Still, he did not lose courage and hired “some of the best programmers of the world,” and the resultant software is making $5, 62,389 a day after “testing and re-calibration of the algorithms.”

To test and make the software even more profitable, Mr. Morton is taking in 35 complimentary testers for 12 months. The testers would not be charged for the software, and instead, their accounts would be credited with a sum at the time of their software’s activation. Allegedly, Mr. Morton’s “students” have earned over $21 million by using the Profits Perpetual System.

Scammers Are Exposing Other Scammers!

The video of Profits Perpetual scam is in a way hilarious because we see the scammer’s agent Mr. Morton exposing all the fraudulent practices prevalent in the Binary Options Trading industry. The scammers use every trick up their sleeves to lend credibility to their own scams. A common feature of auto-trading has been introduced after a whole round-about lecture on the people using manual trading “glued to their screens or not finding enough personal time”. He even makes fun of the “glitch, loophole, and anomaly” triad the scammers generally make use of in their promotions. Overall, there is nothing new that the software offers.

The Profits Perpetual software is said to make only winning trades and only invests when it is 100% sure of the success. We haven’t witnessed any software which does that what Profits Perpetual is claiming to achieve. All in all, such statements have only helped our part and will prove to be the reason of their own undoing. 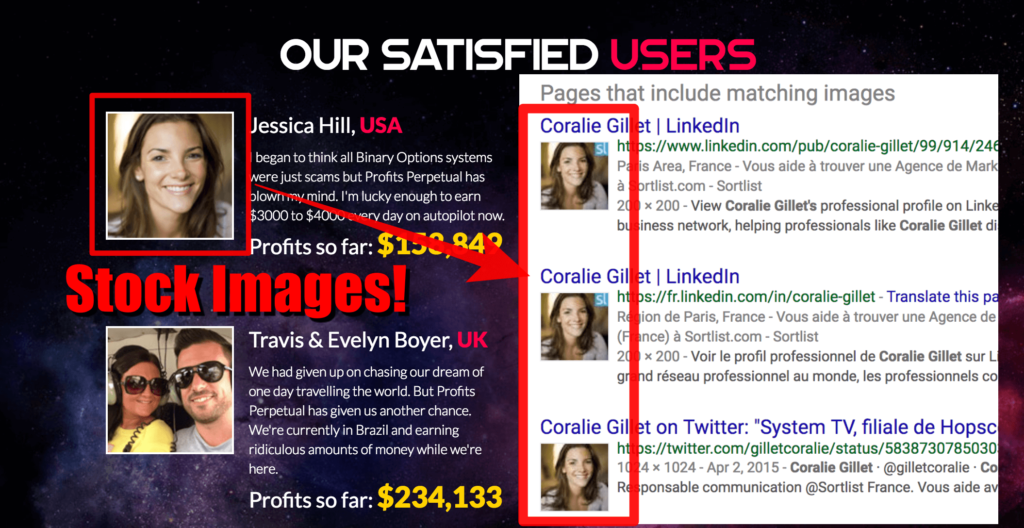 The homepage of the Profits Perpetual scam website does nothing more than begging for our name and email id. There is no trace of professionalism on the website, and this is what can be expected from them. Once you provide those details, you land on the member’s page. The pictures of people shown to be making a killing in profits using the Profits Perpetual system are stock images. So, there is no ingenuity in whatever you see on the web page.

Want To Join Any Robot?

Check Our Lexington Code Software Review to find more information about this robot.

The Profits Perpetual System would give you an exhaustive introduction of what not to believe while looking out for a binary options trading software. The crooks have crossed the line this time. There’s absolutely no chance of making money with this scam software. So, for the best of your own interests, drop the idea of investing your money in this system.

So what do you think about this Profits Perpetual review? Don’t forget to share your opinion about this scam robot in the comments section below.