The mother of all binary options trading scams “Profits Eternity” is lead by a lady namely Jane Creswell. Right from the start of their official video, you can see her claiming about Profits Eternity software making over $12000 in  a day. And at its maximum capacity, it is claimed to make almost $12,000 in a day. The offer of making this life-changing amount of money is limited to only first 300 people for free who have also been invited to join up. As after that, the site will be closed.

Well then, did I get invited? NOPE. And are all the money making claims and the offer being limited really true? Today in this review, I will be talking about this so claimed money making machine and bring forth the real face of Profits Eternity, to all the innocent trader who is thinking about investing with Profits eternity.

All About Profits Eternity:

Profits Eternity has been claiming to buy people their dream home, car, around the world vacation trip. The so-called owner Jane Creswell claims to have already made $9,978,882.54 in a year. The system has been claimed to be 100% risk-free and gives out 100% profits as it has nothing to do with Forex trading, risk gambling or MLM marketing. This may have struck you by now, then how can they make so much money? Well, let us wait for them to answer that. In the end, she also claims that the system doesn’t require any investment, in fact, you will have $300 in your account right after signup.

Though this wasn’t the first time I saw a woman working under the roof of Binary Options Trading, it could have shocked me if she was for real. What I mean is, the so claimed Owner and the CEO of Profits Eternity is none other than a paid actress. She has been hired from Fiverr.com and has been made to act as the owner of  this scam software itself.

First of all, the video that you would end up looking at when you visit the official site of Profits Eternity is really bogus. Right from the start, you will hear about how pathetic other binary options trading scam as where as Profits Eternity is a scam itself. Not just that, the whole video (the 1st and the 2nd part) both have Jane Creswell only babbling about how much money she has made and how far she has came, for which this video even looks more suspicious. 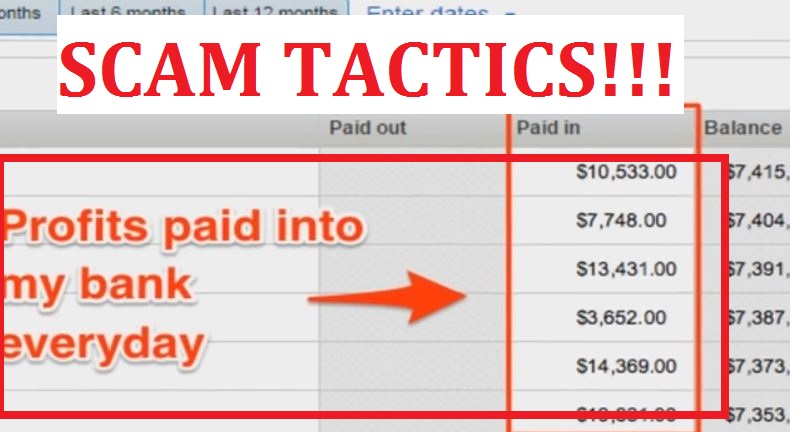 This doesn’t just end here, the first part of the video of Profits Eternity Scam was just to make the visitor signup and in the second part, all hell goes loose. The second part has, even more, babbling and showing off how much money you could earn if you try their software and that too for free with $300 in the account after you register with them. So is that true? Do you get $300 in your account right after sign up? Well no!

What you get is a clever yet suspicious video where she explains to you that now that you have registered you will be able to use the software for free even with the $300 in your account already. And all you have to do now is pay the broker! Wait what? So this is where the money scamming starts from. This is where the investors have to pay up money to the broker which actually will go to their own pockets. All the claims of a free system and $300 was simply a bluff to scam money out.

As seen in the video, Jane Creswell claims that she with has created this software from scratch with the help of some unknown developers. The beta version of Profits Eternity software gave her over $300,000 in a day, but she was not satisfied with that amount & she tried her best to improve it further. So, she and her team kept working until they reached a point where the software gave her over $600,000 per day, but she wasn’t satisfied yet and started bluffing about making $1 Million out of the software in a day. So is that even possible? 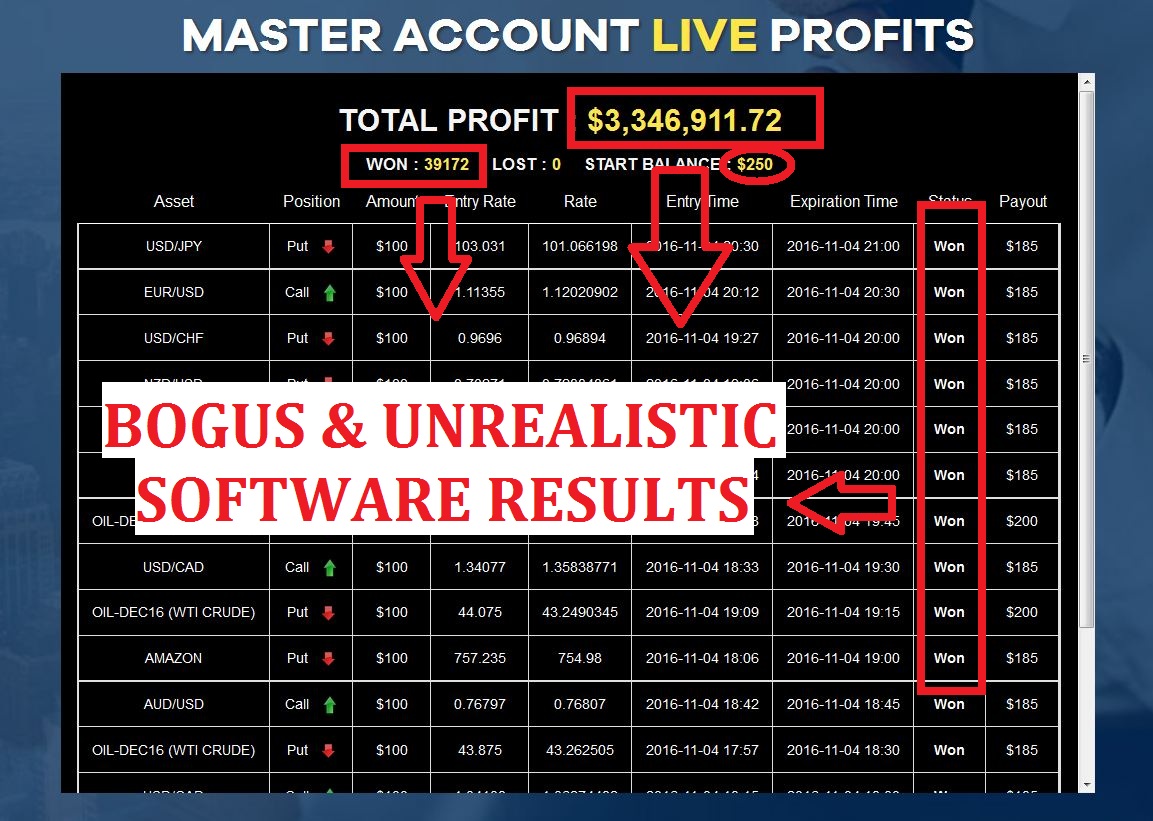 NEVER! No matter what algorithm anyone is using, it is simply impossible to make $1 million dollars in a day using a binary options trading software. So all these claims are simply a bluff and ever the roof making Profits Eternity indeed look like a scam, which had the intention of scamming money out of visitor anyhow using any bogus software claims.

But if you are still thinking that Profits Eternity software may work and give out millions of money to you, well think about it again. Because this last proof of Profits Eternity being a scam will definitely change your mind!

After signing up on Profits Eternity software, in the 2nd  part of the video you will notice 2 unique video testimonials by users, they claim that they have made huge amount of money in a very short period of time. This would be enough to convince any visitor by now to get registered and to pay out money to the broker. But when I took a closer look at the testimonial provider, something looked fishy.

So with that being proved, you might have been sure by now that Profits Eternity is definitely a scam and so you should stay away from it.

Profits Eternity is a scam. I am sure that you don’t want to give off your hard money to a scammer, so I recommend you to stay away from it. All the claims and the huge money making offers are bogus and are created to make you fall for their scam software. So stay away from any suspicious looking binary options trading software.

You should also look out for our other reviews, to stay updated with any new scams that are coming online now and then, as it is better to be safe than sorry. I hope this Profits Eternity review helped you in taking right decision.