It’s often suggested to diversify one’s investments. Given the economic scenario, it seems that the ‘global slowdown’ and ‘recession’ have become an easy excuse for employers to fire their employees. So, it’s worthwhile to look for alternate sources of income which could help absorb the shockwaves should this happen to someone you know or even yourself. Although we would not want this to happen, this insecurity has often been exploited. One such instance is with the Passive Income Bot. This software too promises to be a regular and a rather ‘passive’ source of income. If you are interested in knowing more about it, this Passive Income Bot review will serve the purpose very well. 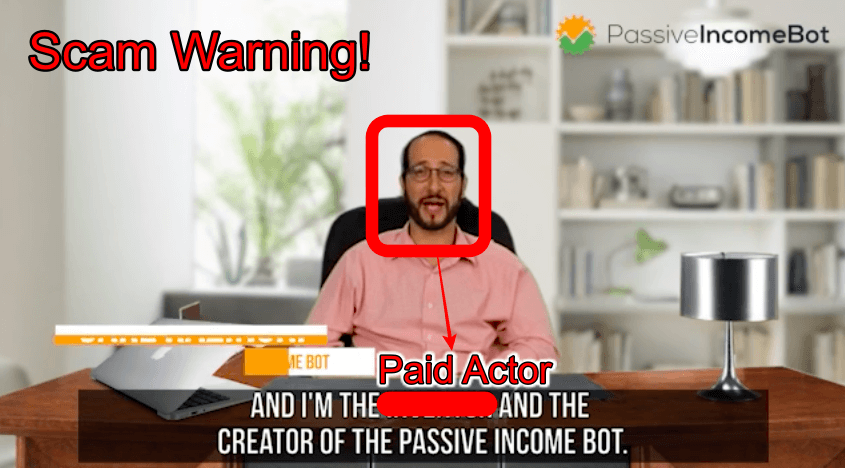 Carl Razinski, who appears in the video, introduces himself as the inventor and the creator of the Passive Income Bot. This software has allegedly been developed by a team of programmers hailing from banking and investment industries under Carl’s supervision. The software development team received strict instructions from Carl to make it as easy to use and automated as possible. The software works on complete auto-pilot, and can consistently produce a win rate of 85%. The software can be operated in manual mode as well. Purportedly made to work as a ‘Private ATM’ of sorts, the Passive Income Bot is allegedly making a whopping profit of over $50,000 a month per trader! The money spinning ability of the software is a “built-in diversification strategy that allows you to cash out winning trades from multiple sources.”

Being a math and computer teacher himself, Carl tells how he applied the principles of predictive analytics. This coupled with the use of non-linear equations, resulted in the algorithm the Passive Income Bot works on. We are given a brief introduction of Mark Foster, who designed the architecture that supports the algorithmic trading. Also, we are told how the creators risked their own money in trades before bringing it out to the public. The experienced team of traders working with Carl has practically reduced the ‘learning curve’ to a minimum. Each one of us knows how Binary Options Trading is something which requires a degree of skill, knowledge, and experience. This pre-requisite has been offset by the software and is allegedly no more needed.

Carl speaks of how he likes to do things which benefit the society. This and the fact that he can afford it are cited as the reasons for giving away the software for Free. We are also told how Carl is considering patenting his software to protect his intellectual property. One rather unusual confession that he made what that his ‘greed’ is also a reason behind it. He plans to demonstrate the money generating capabilities of the software before he gets it patented. This would help him selling the licenses for a fee and also finding franchisees for his software.

So much for the time we could waste in introducing what all the video wants us to believe. Let us quickly tell you that the Passive Income Bot is a 100% scam software. It is a nasty avatar of older scams which we have reviewed and exposed before. The interface of the software looked familiar to us which prompted us to scrutinize it further. It’s the White Label robot which is freely available for use. We suggest you stay away from this scam at all costs. This is something which just keeps on coming your way, no matter how many times we expose it. The sad part about it is that people do continue to fall for such scams.

The real identity of people behind such scams is always hidden. But, let us expose who is behind this scam. It’s Asaf Weinstein aka Patrick who is behind two websites BinaryScamAlerts.com and BinaryScamWatchMonitor.com.  These websites are promoting a scam and we suggest you to stay away from websites which promote scams.

Of all the fake items, we are going to reveal about the Passive Income Bot software; its algorithm deserves the first mention. The algorithm is said to be based on theoretical principles of mechanical engineering! Are you guys serious? What is mechanical engineering doing in all this! The scammers could not think of any stuff better than that, what a joke. The other ridiculous claim is that the algorithm employs non-linear mathematical equations. Seriously, all this stuff has been dished out to spin a technical sounding story and nothing more. Binary Options are unpredictable but they cannot be predicted by any linear or non-linear equations so to speak!

The so-called math teacher, Carl is in every possibility an actor trying hard to look and sound like one. Even if he is a math teacher, how did he get so much insight into Binary Options trading, so as to go on and get a software designed for it? His identity could not be verified, and it’s the same for his ‘partner in crime’ Mark. The picture of Chinese students gathered around Carl is a photo-shopped one. It serves to prove that you are dealing with fake people with false identities. Check real image: 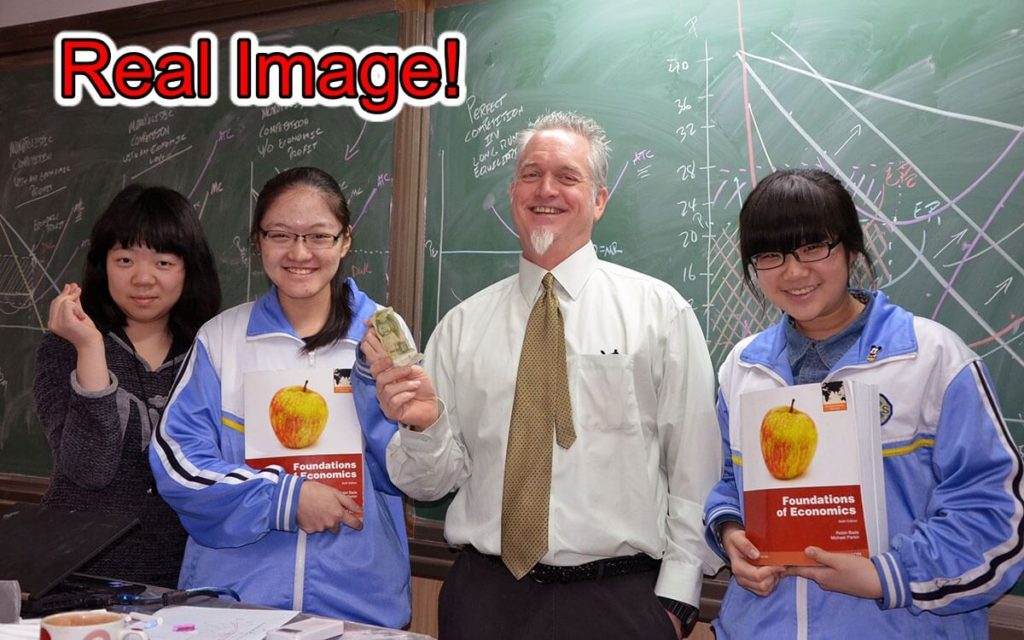 There is no clear indication as to what is the expected amount of profits that Passive Income Bot software can make. We referred to the FAQ section on the website and could just read a vague statement there. It says that it depends on the initial investments and a 5 figure income is predicted initially. What is a “5-figure category”? Such a vague claim and they want us to buy it!

The Passive Income Bot software is not free too. You are making an investment to start your so-called trading. You are not being given any choice of selecting your broker citing some crap reason. Did you realize why is it so? It’s because these scammers have contracts with shady brokers. The only concern and interest the software creators or the brokers have is to usurp your money. The software is designed to lose your trades sooner or later. You would be left guessing where all that money went to; the broker’s kitty. The broker in turn rewards the software ‘creators’ with money for referring you to them.

All through the website of Passive Income Bot scam, we see testimonial videos or characters never seen or heard of. As is a standard operating procedure of all scam websites, they are actors hired to sing praises for the software. In one such testimonial, we also get to see a purported Q&A session from Mark. We could not help but laugh hysterically at the actor’s acting skills.

I hope this Passive Income Bot review helped you in taking right decision. This software is a proven scam and we strongly recommend you not to go near it. A website hurriedly built overnight and filled with junk content cannot be legit. There are many genuine auto-trading software available but this software is designed to trick you. Do not fall for it and stay safe! If you want to really make money via binary options trading, then I recommend you to check mine top 5 recommended signals.