The owner promises to directly give the profits to the members from the million dollar fortune he has acquired all these years which is quite unusual. These are just not a very professional way to get involved in the international trading business.

The website has a video with the owner sharing all sorts of fabricated information about his life and the software that he developed. There are live trades shown down below the video which are no doubt suspicious and these trades don’t seem to change even if you visit the website later on some other time.

It also shows some assets in a constant motion one by one which has no connection to whatever has been told in the video. I believe they are displayed just for the sake of it and they just make it all the more silly.

I believe the video of the Dream Catcher software is the worst promotional video I encountered. It simply contains all kinds of scam characteristics which clearly indicate that the software is all fake and unreliable. Say for example it has the usual costly sports cars, the holiday destinations, the rich and the big houses which have been used again and again in a scam video.

You are just left with nothing but a fake presenter telling you stories which have been heard time and time again and which has become stereotypical. The most nonsense part of the video is when the owner brags about giving you the money all by himself into your account. Well, this is not how you do any kind of financial business and especially not in binary options trading and it is simply not a one on one business.

Is Mathew Warner a real person?

The owner of Dream Catcher software is a dubious character and as far as the video is concerned his name is Mathew Warner whose identity is totally a suspicious one. There is no information about this person and moreover, he is not available on any social media sites like Facebook, Twitter, LinkedIn or any other platform. 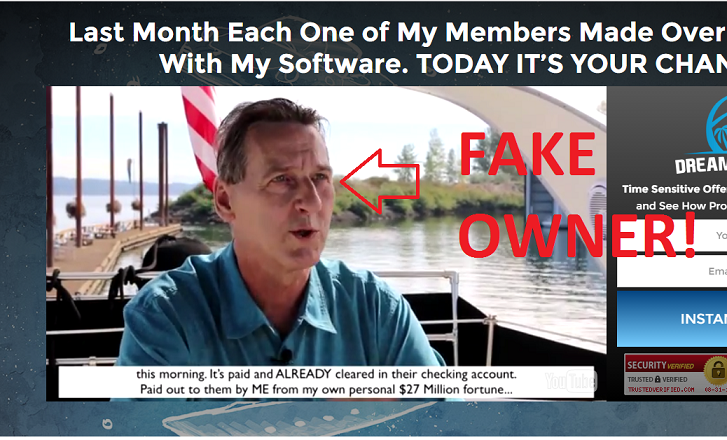 He is just another shady character with the same old story of being an ex-wall street trader who was wronged or who got tired and now wants to save the world by sharing his secret of money making technique or software. These types of character come out often and then disappear once the software gets busted and trusting such a person would be just inviting your own misfortune.

He also talks about another mysterious person who is known as Alexandro Mendez and who seems to be the one who invited him into the trading world and made him what he is now. The story of this person is just another nonsense tall tale of a non-existent person which has been created to convince people and make them fall into their trap.

Unknown Algorithm without any authenticity

The Dream Catcher software runs through a new kind of algorithm which the owner calls the RCM OR Counter Measure which is supposedly designed not to lose money. According to the Warner, the RCM is a patented trading program that analyzes billions of market variables in one millionth of second.

This software is designed in such a way that even in the worst case scenario the RCM will control your trade as a backup and thus save you from losing trade. This is just a perfect software which has been designed for trading. Warren also claims that he just hates binary options trading which according to him is full of scam software.

This made him develop this “Dream Catcher software” and go for a different trading style by which he will let new traders trade on financial assets and win the trades. If you think logically this has no meaning at all and it all comes back to the technicalities of the binary options trading system and thus makes it an imaginary system only created to fool people and take all their money.

In the testimonials section, you can see some pictures of people who are allegedly their members who have been benefited from the Dream Catcher Software. These people are not at all related to the Dream Catcher Team in any way, to be honest.

If you make a little research in Google with their names you will find out that these are just pictures of random people which have been stolen from the internet and used along with the fake comments and reviews.

One more thing about the Dream Catcher website which proves to be a very foolish is the fact that you can see 7000 members have been said to profit from the software where else according to the video Warner he has supposedly made only 15 people earn. 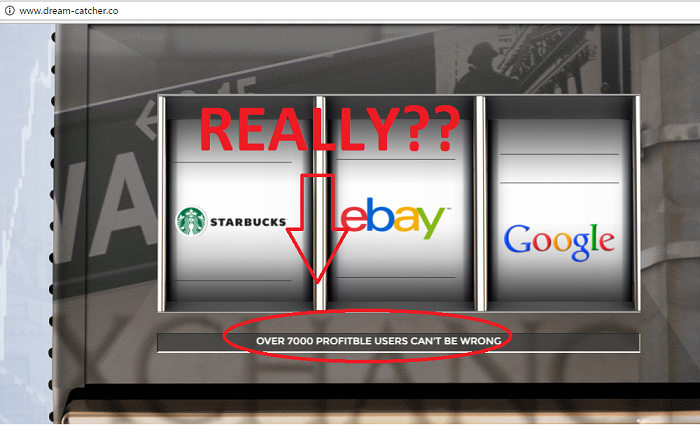 So how do 7000 members suddenly pop up who were first of all not at all present in the whole scenario? This website is just a storehouse of all kinds of fake information and foolish ideas.

For how long has the software made people earn?

Warren has said that the Dream Catcher software has made the members earn over $150,000 last month which seems to be illogical at this moment. I made an investigation about this website in Who.is and found that the website was registered just on 2016-09-28 which means at the end of September or last month. 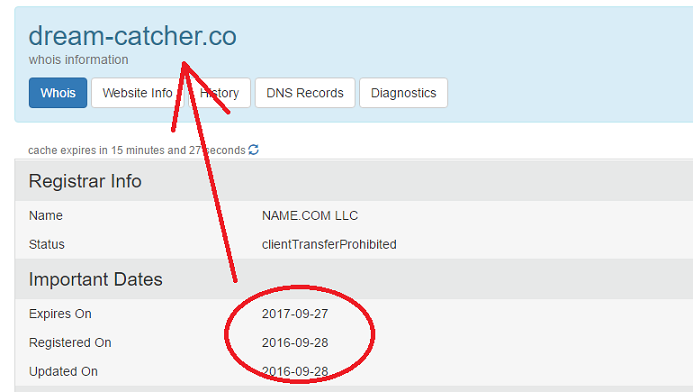 Now the question is how Warren’s software can make people earn such a huge amount of money in such a very short time? This is a totally fake information and should be avoided.

Verdict: Dream Catcher is going to ruin your true dreams!

Dream Catcher will actually ruin every dream you have and those you could have achieved if you had waited patiently for a better and logical opportunity. This lacks all the basic things which could have made it a reliable trading platform and the best that you can do with this software is to avoid it.