The focus of this review is to expose a dirty scam called Bitcoin Millionaire Pro from unrepentant online thieves who want to gain without working. This trading software is a dangerous scam that will milk you dry of all resources and hold you captive even when you want to leave. Terrible! Isn’t it? Imagine an app that is promising millions in few months with just 30 minutes work every day. Where in the world will that be possible? The thieves behind this crappy scam app want crypto traders to believe that they know all the secrets to trading and as such, their system can never go wrong.

I hope you have not registered or deposited with them because if you have, you will lose everything. Do you want to know something scary? There are no profits for you with the Bitcoin Millionaire Pro software, and even if there were, they would not allow you withdraw your money if they are managing your account. Forget about the nonsense name they are projecting. This group knows nothing, offer nothing, and hopefully, they will leave with nothing. Keep reading this Bitcoin Millionaire Pro review and watch how the cookies crumble. 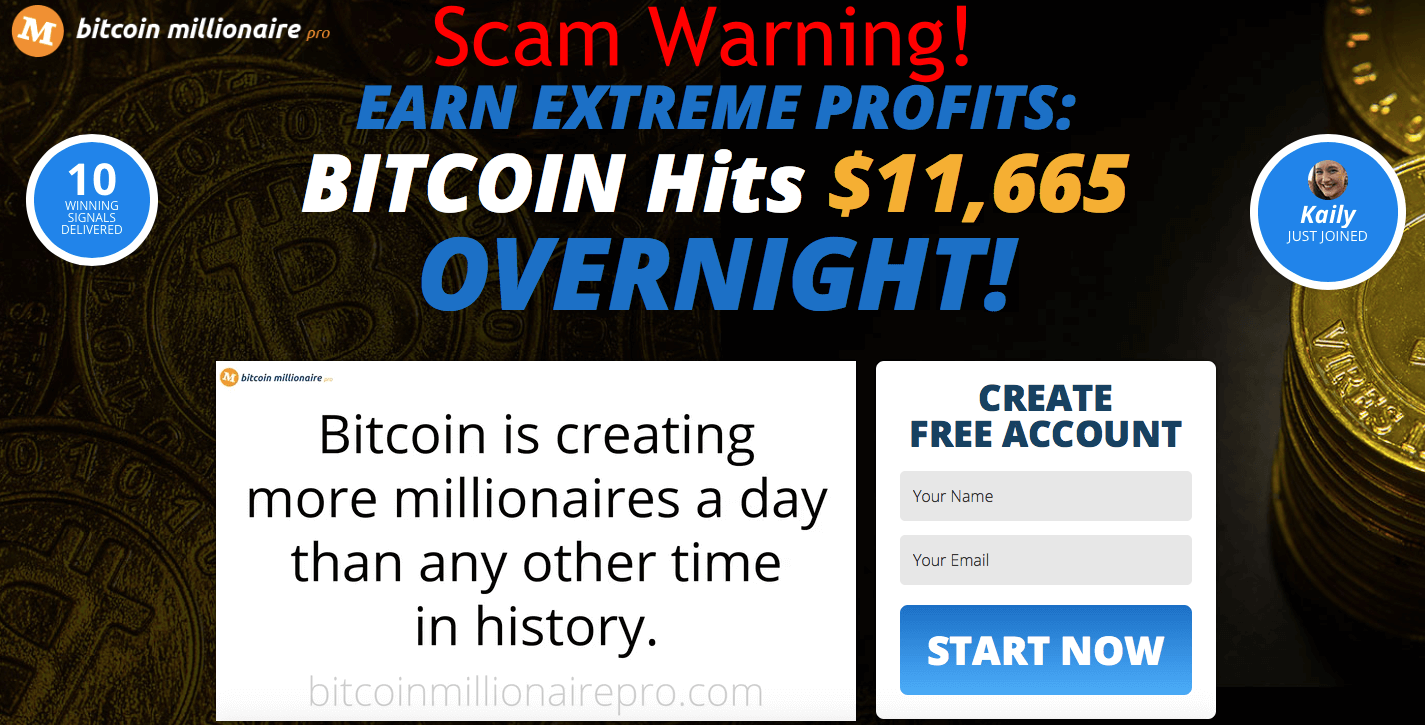 It is entirely true that the most expensive and accepted digital currency is Bitcoin and I know that if there is a way to get it, everybody will dive in tirelessly. Well, don’t forget that one of the factors contributing to the high value of Bitcoin is its scarcity. If it is so easy to get thousands of Bitcoin in a day, I bet you that the value will fall overnight instead of hitting $11,665 as the thieves behind this software are saying.

Also, we all know that any app that can generate only profit without loss in every trade will not come cheap. I mean, the developers will demand huge amounts of money before granting access to selected traders. So, how come they are offering this trading app for free? Doesn’t it prove that it is just like the other get-rich-quick schemes floating all over the Internet?

Bitcoin Millionaire Pro Software has no real information except that it is coming from a man called David and a ghost group answering International Council for Bitcoin. According to what these thieves claim in their sales video, the app only makes profits and no losses in every trade. Do you believe such nonsenses? Well, I don’t because it is not possible. Stay away from Bitcoin Millionaire Pro because the owners are a bunch of hungry guys who are operating illegally and fraudulently.

You may be wondering why I am so convinced that they are fraudsters but no need because as you read on, you will hate them more than I do. When I was investigating the so-called 100% accurate app, I came across many proofs that solidified my initial belief that it is a useless trading software. Check them out!

The owners sound legit right? Sometimes I wonder where these time wasters get their ideas. But the truth is that necessity is the mother of invention, and since they need money, they must sound convincing. Well, we are no fools. I have been in this industry for many years now, and this is my first time of hearing that Bitcoin has an international Council with interests in developing a dirty and scam app.  By the way, how many countries make up the council since it is an international body? No one knows because there is no concrete information.

What about the David guy? Who is he and what makes him someone we can trust about cryptocurrency trading? Nothing! And you want to trust the rubbish coming out of a video as enough evidence to the authenticity of the app? Please, keep your money safe from thieves but if you must lose it, donate it to charity. Have you taken time to study the image of David coming from the desk of the non-existent council? It is a stock photo which the scammers got from Shutterstock.

Bitcoin Millionaire Pro software is claiming to be the answer to every trader’s prayer of accurate signals that can make profits, but yet, they are complete novices. These hungry thieves are so lazy that gathering accurate Bitcoin data is a herculean task for them. 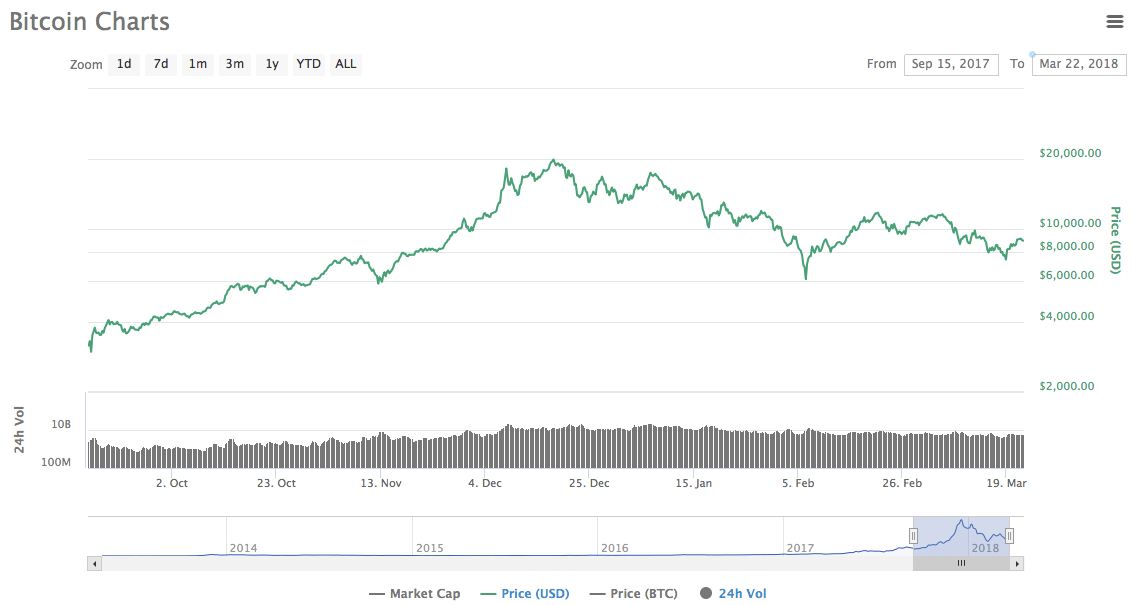 Their claim that Bitcoin price rose to $11,665 overnight is a complete lie and also outdated information. If you are an active player in the digital currency industry, you will know that the currency has been on the downward movement since three months ago. In fact, Bitcoin owners are seriously lamenting because the currency lost 60% of its total value in just three months and till now, there is no news of a sudden rise in price. So, where did the news come from about a secret boost in the price of Bitcoin?

As I said, they don’t have anything to offer not even an accurate information about the currency they claim to trade on their app.

Another crazy and foolish move from Bitcoin Millionaire Pro developers is their questionable link to scam systems that has been blacklisted and flagged as useless. This software is a perfect clone of Profit Wizard Pro which is also full of rubbish. These two apps are similar because they have the same line of lies like getting rich without effort and other qualities that make them partners.

Another terrible discovery about this app is that after you register, you will notice that the next page will show a transitional image on the form saying that you are signing for Banc De Binary. This broker is an illegal operative who SEC exposed and stripped because of his fraudulent activities. Do you still think that Bitcoin Millionaire Pro is legit? I don’t believe so.

This software and those behind it are just liars, and it is easy to understand that they have no experience and accurate information about crypto trading. The first lie is that the system is accurate and never loses a trade by using algorithms that work. No way is this possible, and you should know that but if you are new to all this, don’t mind them.

Ah! They also claim that you too can become a millionaire in few months by trading on Bitcoin Millionaire Pro software. That’s another cock and bull story because even the currency itself is volatile and trading on it is risky as well. The team is also offering a tutorial video for novices in the industry to get the knowledge of Bitcoin trading, but I tell you, everything you need is online. So, ignore the fools, please!

There is a subtle attempt to entrap new traders which I discovered in the offer from Bitcoin Millionaire Pro. The thieves are offering to manage your account if you don’t know how. This offer may sound interesting, but you see, this is a trap that will not allow you to withdraw anything from the software. You may think that they are helping out, but that’s a big lie.

If you permit them, they will show you that you are a novice by making things very hard for you. The truth is that they will tell you to meet some requirements to have access to your funds. The stipulations they will give you can even scare you enough to leave the funds for them. Bunche of thieves is what they are!

The thieves claim that the app is operating under regulations and I am telling you that it is not true at all. The broker they will give you is X markets who are also operating illegally.

Think about what will happen to your funds if you make the mistake of depositing it with Bitcoin Millionaire Pro app.

Unlike other useless apps that I have written about, Bitcoin Millionaire Pro avoided the use of fake user reviews. However, what I got from my investigation is numerous complaints from traders who decided to try the software for profits. The truth is that they didn’t get anything like trading signals with 100% win ratio and lost their money.

Yes! There are no reviews on the website, but you can get as many negative reports as you need to show that this system is a complete failure with no future.

Verdict – It is another scam! Avoid Bitcoin Millionaire Pro Scam!

Join Our All Time Favourite Trading Robot Instead – Option Robot!

If Option Robot is not available in your region, then you can try joining BinBot Pro!

So it was all about Profit Millionaire Pro Review. You can make profits from Bitcoin Trading but not as high as these thieves are promising. Bitcoin Millionaire Pro app is a complete fraud, and those who trusted them only came out with huge losses. Do you want to be the next to lose? I didn’t think so. Therefore, stay away from illegal apps and join the real deal.