Chances are you came searching for the Aussie Method Review to get our opinion on it. We understand that the promises heard in the Aussie Method pitch video are very enticing, and it’s not your fault if you too are excited about it. In this Aussie Method review we have compiled detailed analyses on the Aussie Method, so you have reached the right place by the stroke of luck. You are lucky not because you have discovered the Aussie Method but because you managed to land on our page before signing up to it. Yes, if you have not yet subscribed to this ‘Method’ please don’t do it anyways because it would prove to be a big mistake. The same mistake which has cost Australians over $3 million according to a Governmental agency’s estimates.

The Aussie Method has been duping people on the internet for many years now. The problem is that it always takes a while for the watchdog agencies and the public to be aware of the credentials of such campaigns. A user does not get to know the actual scenario until the time he decides on withdrawing a part or whole of his profits. In the meanwhile the scammers manage to rake in huge profits and vanish in thin air. The Aussie Method has been on the blacklist of the government, and there are chances you came across it through some other website or videos hosted on other websites. The scammers behind the Aussie Method have changed their names a number of times and have flagged new websites frequently. Earlier their URL was Aussiemethod.co which has been changed to Ausmethod.com.

Not just this, the scammers have flagged off products like the Canuck Method for Canada, the Brit Method for the UK, the Irish Method for Ireland and a host of other websites for different countries and regions. All that is common in all of them is the content and the promises which of course are false and deceptive.

What Are The Promises?

What to tell about the promises when we have already alluded to the fact that the Aussie Method is 100% scam which has been blacklisted in most countries. You can search the internet yourself to get an idea of what has been a trail of deceit. Thousands of people have lost their hard earned money. The initial deposit recommended by the scammers is $250. Just imagine what a loot has taken place if thousands of people have been duped. Not just in Australia, but in all countries where this scam circulated or is still active!

The moment the video starts playing on the Aussie Method Scam website, you are greeted with some figures of some alleged users. All the incomes are in hundred thousand dollars range for just one month. All limits are crossed when you hear Jake Pertu, the creator of the method making a wild statement. He says that if you do not end up earning hundreds of thousands of dollars in the next 30 days, then he would personally shell out $10,000 for you! Want to know how a self-confessed ordinary guy like Jake managed to make such software? We do not believe that he alone created the software. If he is to be believed, developing software is a cakewalk and anybody can make great software. 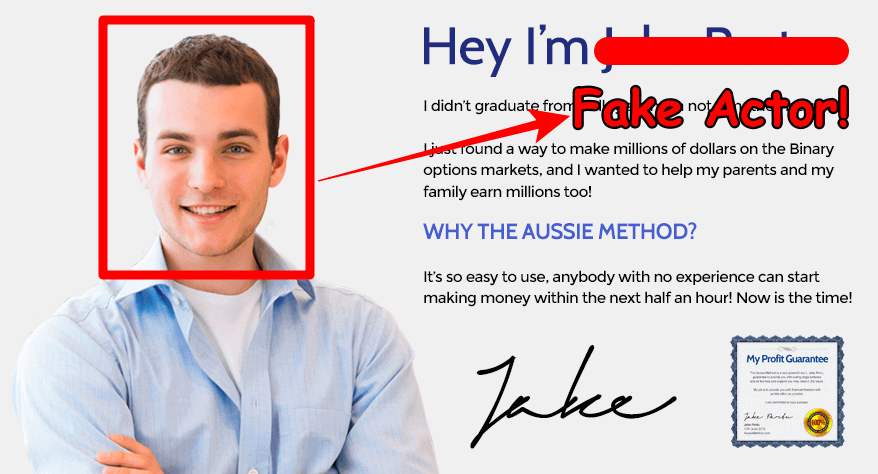 It is interesting to point out that in whichever country the scam has moved to, the scammers preferred to keep the name Jake intact. Be it Jake Mason for the Canuck method and the Saffa method or the Jake Pertu for the Aussie Method; the scammers didn’t bother to introduce some difference at least in the name. The themes of the websites remain the same and even the same photo of Jake greets each and every one of these scams. The photo has been lifted from the internet, and you can verify it yourself by doing a reverse image search on google. 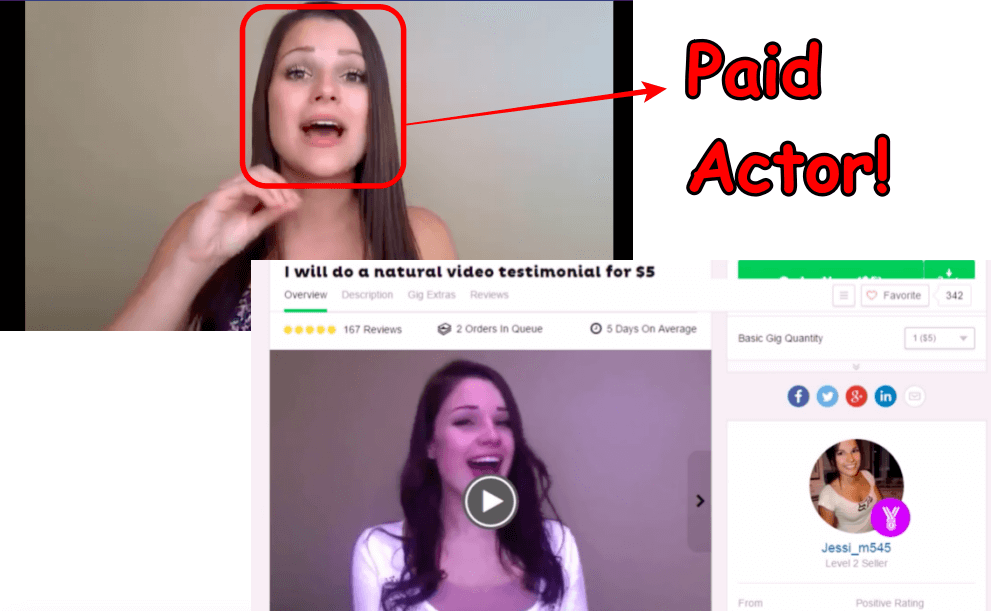 A big scam that the Aussie method is, how can the testimonials been showcased on its website be real? Fake ‘Live’ feeds from Facebook and Twitter have been put up to lend ingenuity to their claims. All the users are seen taking their hearts out in showering praises for the Aussie Method or thanking Jake. Who are these lucky users, we too tried to search for them but oops their names did not have links to their profiles? There is no denying the fact that all those users too are stock images or random images.

The testifiers seen in the pitch video are also simply mouthing the scripts handed over to them or which they prepared themselves. While we do not hold anything against actors, but they are also guilty of being a part of multi-million dollar scams. For as much a small sum of money as $5, these actors knowingly or unknowingly help the scammers. To read real testimonials and reviews, you should visit the genuine review websites.

The Aussie Method Scam – What is the plan?

The only reason why the scammers are creating websites after websites and are so keen to sell the ‘Free’ software is that the more people they will get enrolled in their system, the more would they earn in the form of affiliate commissions. The so-called trusted, tested and recommended brokers are the ones who pay these people every time you or others deposit money to fund your trading accounts. One must question as to why the names of the brokers have been withheld that the Aussie method seals with. Once you fund the account, what the software would do quickly is to suck out all your money in the disguise of losses and no one would be able to do anything about it.

Jake’s script is well written in a way that he says exactly what someone wants to hear. Who would not want a magic wand that could make their lives a topic of envy of others? There is no guarantee to anything. Just have a look at the disclaimers on the bottom of the page and all the guarantees Jake talks of in the video would blow up in smoke!

Are you still going to be part of something which has already proven its shady credentials and has been red-flagged? We believe that not just our but the reviews of so many other genuine websites should be enough to convince you. If you had high hopes out of the opportunity and for once you couldn’t believe your ears, we are sorry to have dashed your hopes. So AVOID the Aussie Method scam at any cost. We know it perfectly well how it feels when your hopes bite the dust. It is always judicious to tread a known and secure path and not one which is confirmed to be rigged with booby traps.