30 Day 30K Challenge by Joey Altair is the latest binary options auto-trading scam to be released & alarmingly has become extremely popular almost overnight. Our 30 Day 30K Challenge review intends to prove to everyone that this supposed challenge is not only fake but also filled with fictitious characters and deceitful guarantees meant to harm you.

As soon as you enter the dangerous 30K-Challenge.com site, you receive a warm greeting from the face of the alleged founder Joey Altair. Along with a personal invitation to ‘’the greatest challenge on earth”. All this is nothing more than a beguiling front meant to grab attention from innocent and unsuspecting visitors. We have seen these tactics before.

Perhaps one of the biggest revelations one can gain from this 30K Challenge review, is the mere fact that ‘Joey Altair’ is nothing more than a bought stock image. You can find this image by visiting depositphtos.com. This then begs the question of, if the creator is so sure of his system, why is he willing to give away a $1000 just for joining, but is not prepared to associate his actual identity with the product? Here is the first warning sign of a scam.

While viewing the promotional video, we are once again bombarded by an astounding amount of fabricated testimonials. Almost all the people seen in the video, who openly yet unconvincingly, claim to have made thousands of dollars within minutes, are cheap actors often hired by scammers to read scripts and falsify statements.  Do not be fooled by them.

We randomly chose two supposed members from 30K 30 Day Challenge, and decided to do a bit of due diligence. Low and behold, they turned out to be actors from an online marketplace called Fiverr. Both these men claimed to have used the 30K Bot software and subsequently earned over thirty thousand dollars. However, you can rest assured that neither of them have seen the inside of this system nor turned it on. They were paid to lie.

This is probably the most underhanded, dirty tactic used throughout the entire 30K Challenge scam. Unfortunately, according to many of the emails we have been receiving, this is just a ploy devised with the sole purpose, of giving you a false sense of confidence in their software. You will not receive any payout.

Joey Altaire claims that if you do not earn 30 k in 30 Days, he guarantees to give you $1000 just for joining. Good luck trying to get that money out of someone who does not exist. As some unfortunate victims have found, upon asking for their $1000, their support team simply does not reply to the emails. 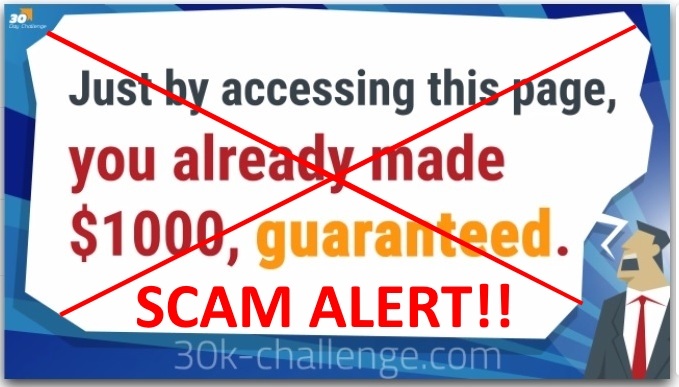 The reason for this is that the $1000 giveaway actually comes in the form of a bonus broker. They just conveniently forget to mention that before you sign up. The problem with this set up is, beginners may find it impossible to meet the strict trading requirements, set by the broker upon accepting this bonus. At the end of the day, most new traders end up in a financial disaster.

To further debunk the 30 Day 30K Challenge scam, we discovered a significant amount of misleading information on their site. After exposing scams such as this for years, it eventually becomes easier to identify red flags that may appear to be legitimate at first.  These subtle but important warning signs are things that could save you a lot of money.

A good example of this is their utterly ridiculous claim that the software boasts a 99.3% accuracy rate. Many expert traders such as George Soros or Warren Buffet do not even achieve this rate, it is mathematically impossible. This makes the abovementioned claim nothing more than a blatant lie in order to get you to hand over your hard-earned cash. 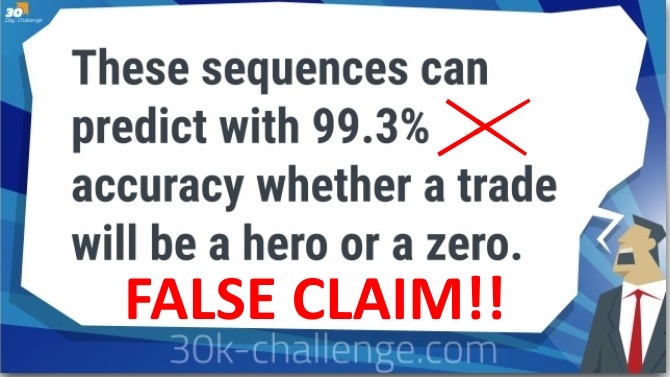 Furthermore, there is the issue of the amount of alleged winners the system has produced to date. 30K-Challenge.com was only officially registered on the 13th April 2017. For a site that is just over two months old, to have already produced thousands of winners is highly unlikely. If there is any truth in this claim, it would have received massive publicity by now.

Aside from the annoying and incessant pop up which appears every time you move your mouse towards the top of the page, begging it’s visitors to wait because they have just made the biggest mistake of their life. We regret to inform traders that there is not one shred of truth to be found throughout the entire 30K Challenge scam software website. 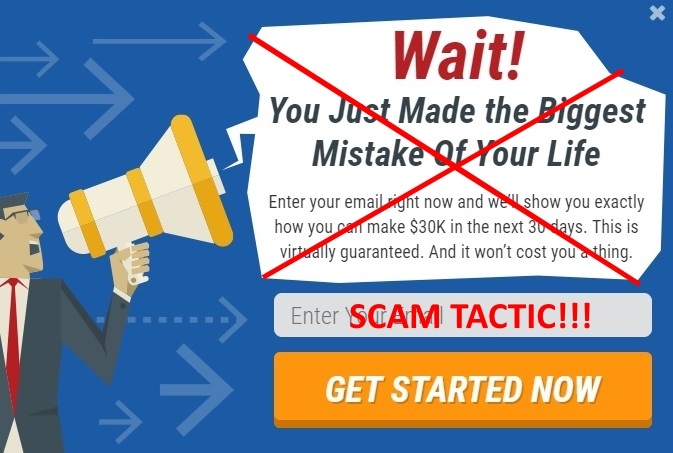 Additionally, the all-time classic ploy of apparently limiting availability is by now an overused con artist method. Their site has been around for over two months, has supposedly already accepted and made thousands of winners, but Joey Altair claims he is only able to accept 25 members to the program. Nothing within this statement makes any sense at all.

Are You From US? Then Join BinBot For Trading!

Our conclusion is simple; this is yet another dismal get-rich-quick scheme. The only money being made is by the scammers who are aggressively promoting such awful software. By joining this program, you are guaranteed nothing but a serious dent in your wallet. We advise that you avoid this gimmick and help others to do the same by sharing this review everywhere. I hope that enough innocent traders will read our review time in order to save them from an inevitable financial catastrophe.